Terminal 5 - Heathrow
Back to Case Studies
London Heathrow Terminal 5 is an airport terminal at London Heathrow Airport serving the UK city of London. Terminal 5 opened in 2008, the main building in the complex is the largest free-standing structure in the United Kingdom.

Terminal 5 is currently used exclusively as one of the three global hubs of International Airlines Group, served by British Airways and Iberia, with the others being London Gatwick North and Madrid's Barajas Terminal 4 Prior to 2012, the terminal was used solely by British Airways.

The building of Terminal 5 cost £4 billion and took almost 20 years from conception to completion, including the longest public inquiry in British history.

RFS serviced the construction works by unloading box wagons of aggregate, placing  to stockpiles and reloading to road lorries

The operating  weight of the materials handler was 85tonnes and it was fitted with a 4250Ltr clamshell grab offloading in excess of 8 tonnes of material in each pass. 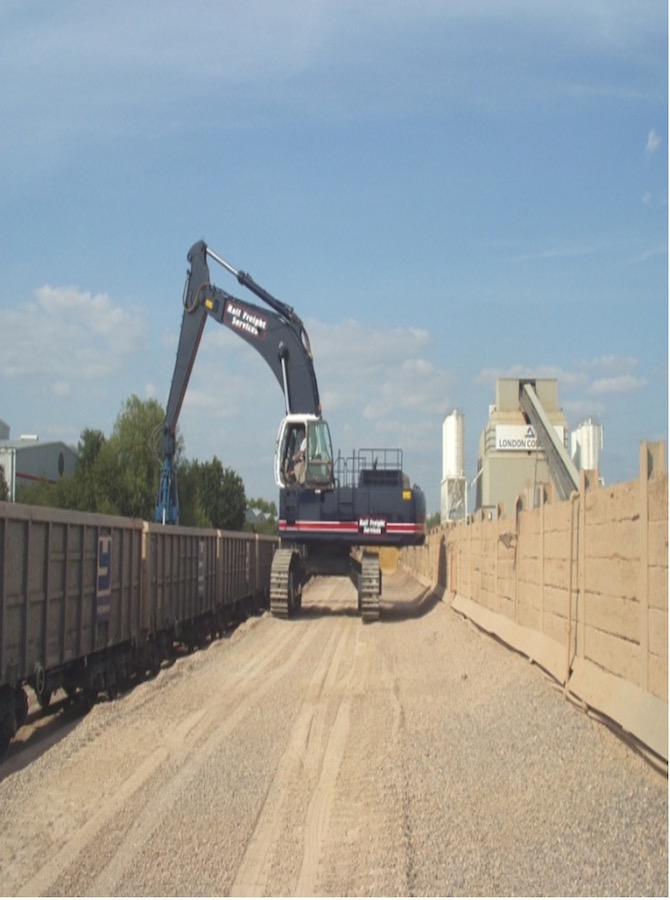