Much of the estuary is mudflats at low tide, but at high tide these can be covered by as much as 14 metres of water. This presented the engineers with a constraint: packets of work were scheduled at low tide, and needed to be completed within the short windows allowed by tides. The official name of the bridge is Prince Of Wales Bridge. The cost of constructing the new crossing was to be paid for by tolls collected from motorists using the two new crossings. Work on the new crossing began in 1992, completion was 1996. 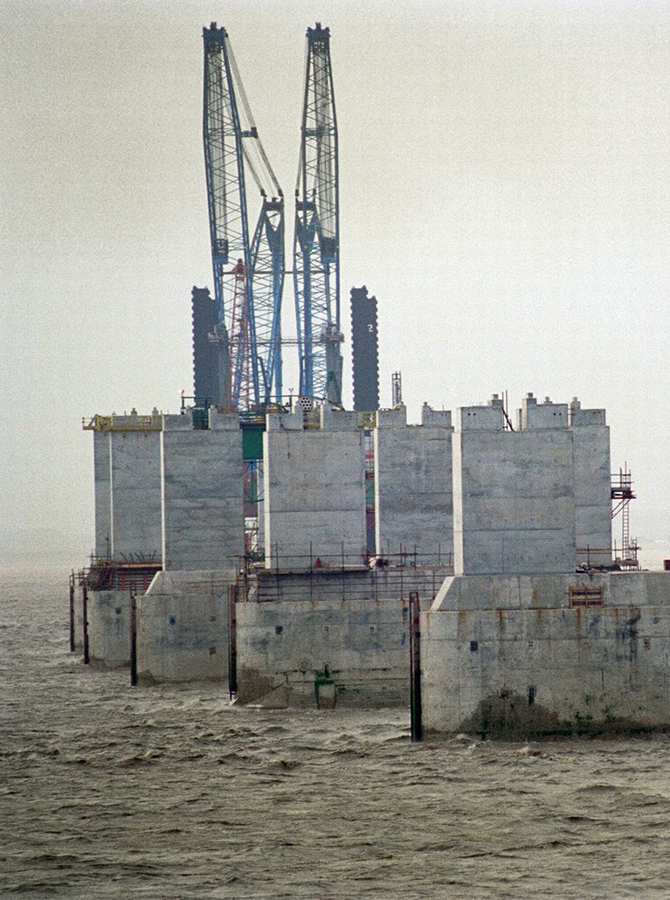